War on Easter in Los Angeles

War on Easter in Los Angeles

Note: today is the one year (and two days) anniversary of Kill The Afterlife, and to celebrate, I will post pictures for the first time ever!

Yesterday, April 14, I conducted a mission for the War on Easter in the city of Los Angeles. My supplies included one God Who Wasn't There DVD with a special message inside, and a fistful of flyers. 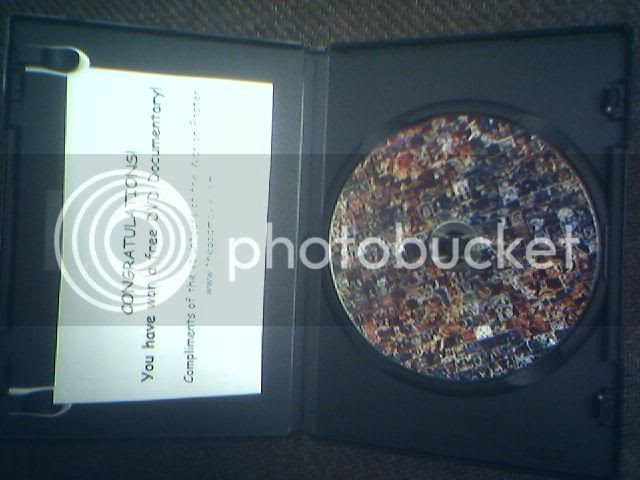 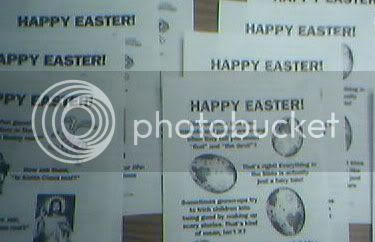 The first church I visited was the Woodland Hills Community Church: 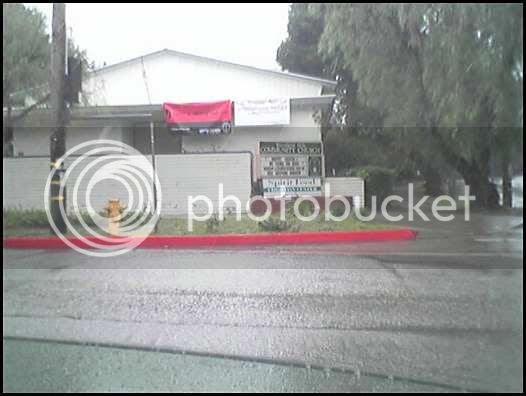 Nobody was there, and the doors were all locked. So I left a few flyers, including this one on the outside bulletin board: 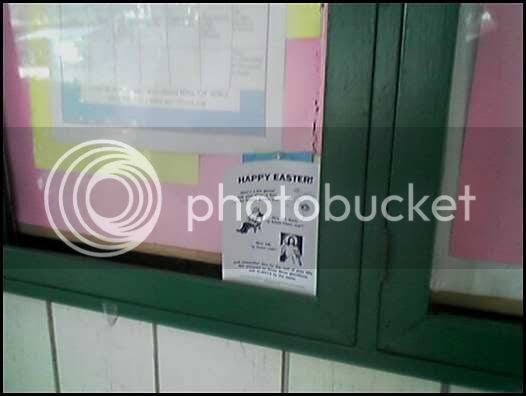 Next I visited the Church of Christ and the In His Presence Church. 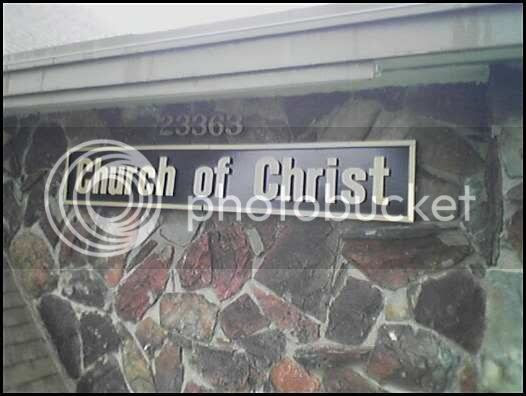 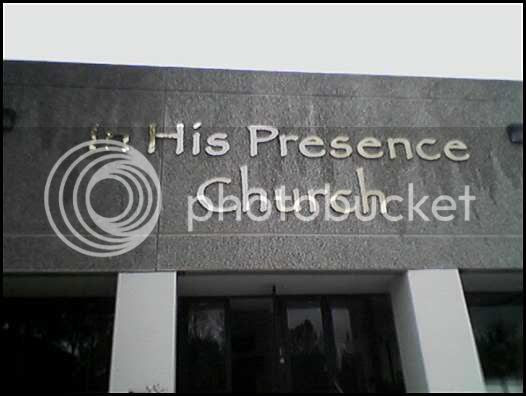 The Church of Christ was all locked up, but In His Presence was open and getting ready for Easter. However, there were too many people inside In His Presence, and I couldn't plant anything nor take any photos except the one of the sign that I captured out front.

The last church I hit was St. Francis de Sales in Sherman Oaks. 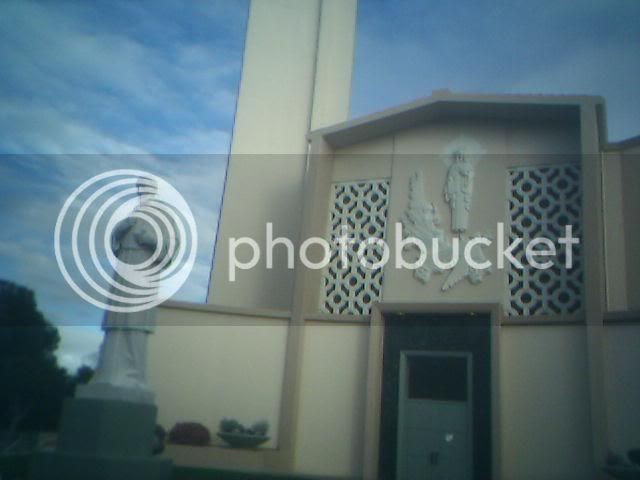 When I arrived at the church, there were some people on the grounds, but they appeared to be leaving. I waited for them to get in their car and drive away, and then I walked up to the church. I saw a sign above a gate on the side of the building that indicated a school, and figured it would be a perfect place for an Easter flier: 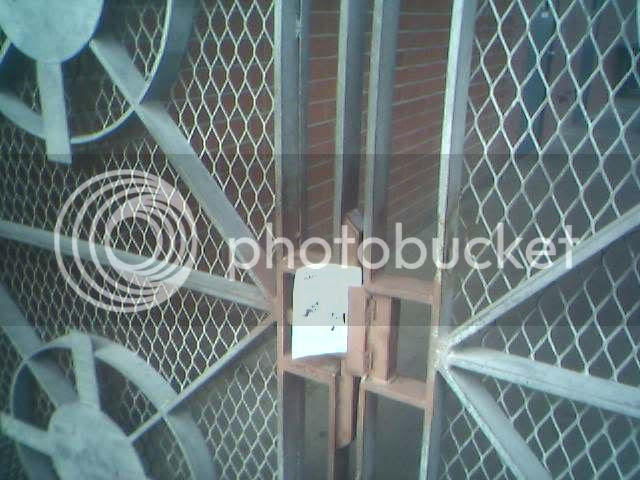 There was a piece of paper taped to the door of the church that said the Friday afternoon service was about an hour away. I tried to open the door, but it was locked. It had been raining in Los Angeles most of the day, but the rain had paused and the sun had broken through the clouds for just a moment. The sun would soon set, and another churchgoer would be arriving any minute. I decided to leave my Easter present at the front door: 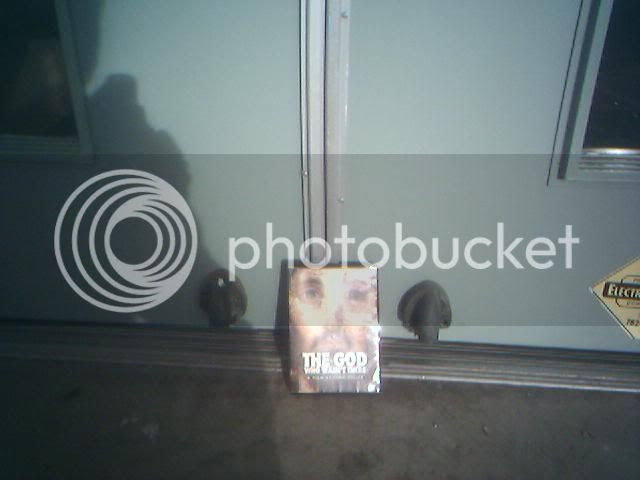 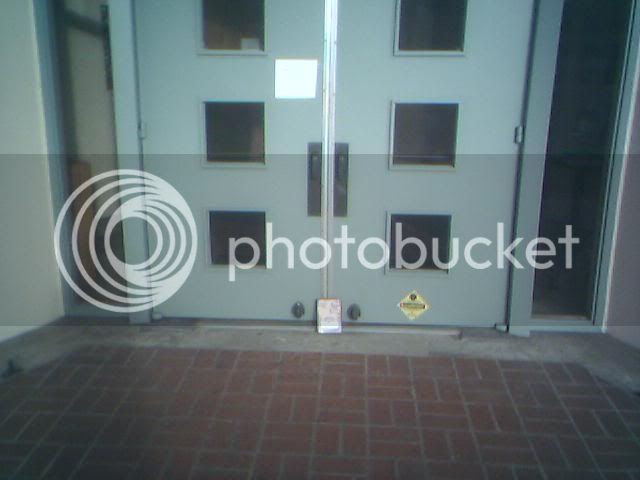 A fistful of flyers and one anti-afterlife DVD deployed.
Posted by Aaron Kinney at 12:21 AM

Just like the muslins waiting for their 70s virgin, after killing the innocents, you'll get the biggest surprise of your life when instead a pleasant spirit receiving you in the afterlife you want to kill, there will be plenty’s of ugly demons to welcome you.
The same ways I don’t care what your believe are, respect the others
(I laugh when saw your ridicule pictures in this website, acting like a 12 year old boy)

I can tell you all this because I can talk to spirits and know what is out there.
I fell very sorry for you because bad karma is pay up in this life with accidents and sickness just as cancer.
Feel sorry for you, very, very, very sorry. Because once you are in your deathbed suffering, God will forgive you and finally you’ll change your ways (Too late but at least you won’ suffer as much in the afterlife you hate.

An angel of mercy.

Wow. That "angel of mercy" missed a lot of words. Next time you talk to the spirits, ask them for help with your writing.

No wonder people believe in God and an afterlife. Reading what the "angel of mercy" wrote is enough to scare any child.

Just the other day I was in downtown, and a Christian handed me a leaflet about Jesus. I politely accepted it then threw it away. I didnt consider him to be acting like a 12 year old. Do you? Or are people only acting like 12 year olds when they arent spreading your kind of message?

Yeesh! Sometimes I wonder if it's worth it to try to reach those who obviously were born with an umbilical cord wrapped around their neck.

Re. The War on Easter:

I'm trying to open up a second front ;)

I kind of believed Angel of Mercy until he decided to claim he could talk to spirits, that makes me unsure of his real beleif in what he said... I mean can anyone really type that badly, and say something so utterly rediculous?

ilove the visuals...is it possible this blog just got even BETTER?! YES! there are probably lots of cool dead afterlife pics to post....

Happy anniversary to Kill The Afterlife! In all honesty, this is the blog that primarily inspired me to start my own.

Thanks Aethlos, this is just a part of the quality that I like to provide here at Kill The Afterlife :)

Thank you too! Im glad that I can serve as an inspiration for others to champion their views as well. And I like your blog too you know!

We gotta spread the Word!

lol finally I don't feel so alone as an atheist.

you make me weep.
but i still love you.
but we shall never dance.
the time will come when you regret your decisions

Anonymous said...
you make me weep.

Why? For spreading good news?

but i still love you.

I love you too. Its the religion that I dont like.

but we shall never dance.

Why not? Because I dont believe that Jesus existed?

the time will come when you regret your decisions