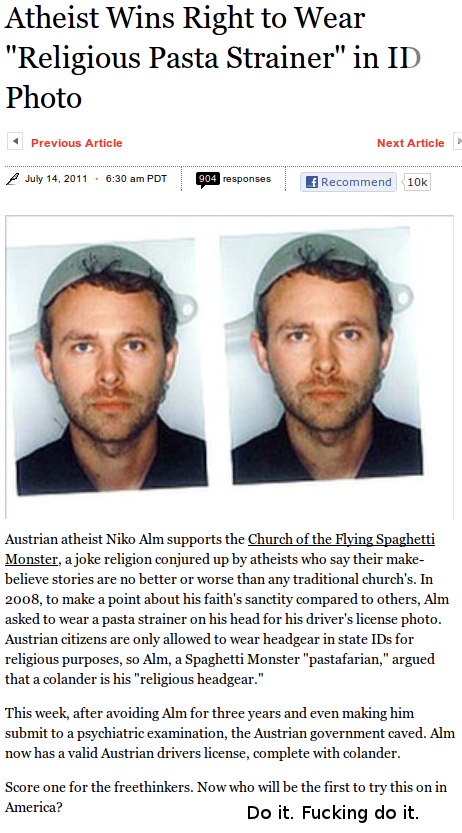 I'm kind of sad that Camping is giving up. I rather enjoyed watching him make predictions and then have them fail to come to pass, over and over again.

After numerous failed doomsday predictions, Family Radio founder Harold Camping announced this month that he has no plans to predict ever again the day of God's Judgment. He also issued an apology to listeners, admitting that he was wrong.

"Even the most sincere and zealous of us can be mistaken," Camping and Family Radio staff stated in their March letter. "We realize that many people are hoping they will know the date of Christ's return. In fact for a time Family Radio fell into that kind of thinking.

Posted by Aaron Kinney at 12:04 PM No comments: